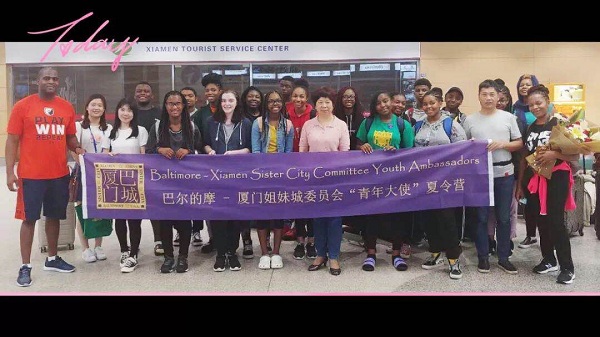 Sixteen senior high school students from Baltimore, USA visited the US city's sister city of Xiamen, China from June 25 to 30.

Led by Danny Evans, vice-chairman of the Baltimore-Xiamen Sister City Committee, the American students were fascinated by Chinese culture and capable of speaking some Chinese.

The students visited Xiamen University – an elite school in China, the Xiamen International Convention and Exhibition Center – venue for the 9th BRICS summit held in Xiamen in 2017, Gulangyu Island and Nanputuo Temple during their stay in the city.

Marc Monroe, one of the 16 students, said that his experience in Xiamen showed him a part of China that is rarely mentioned in the US.

He said that when speaking of China, people usually think of Beijing, Shanghai and the Great Wall; however, in Xiamen, he experienced something entirely different.

Janeya Wilkerson wrote in Chinese that she thinks Xiamen is beautiful, its people are nice, and its food is tasty. She plans to come back to the city someday to see more of what it has to offer. 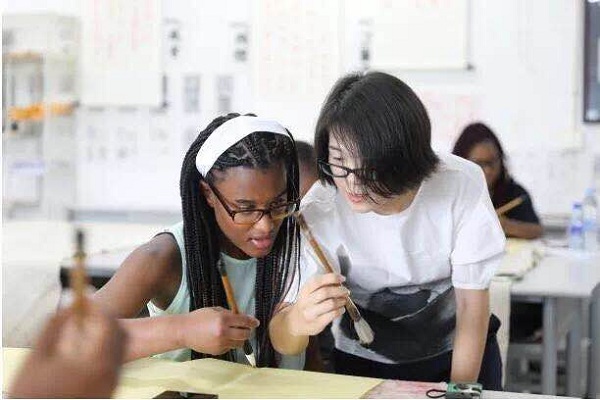 A Baltimore student learns how to hold a calligraphy brush. [Photo/fao.xm.gov.cn]