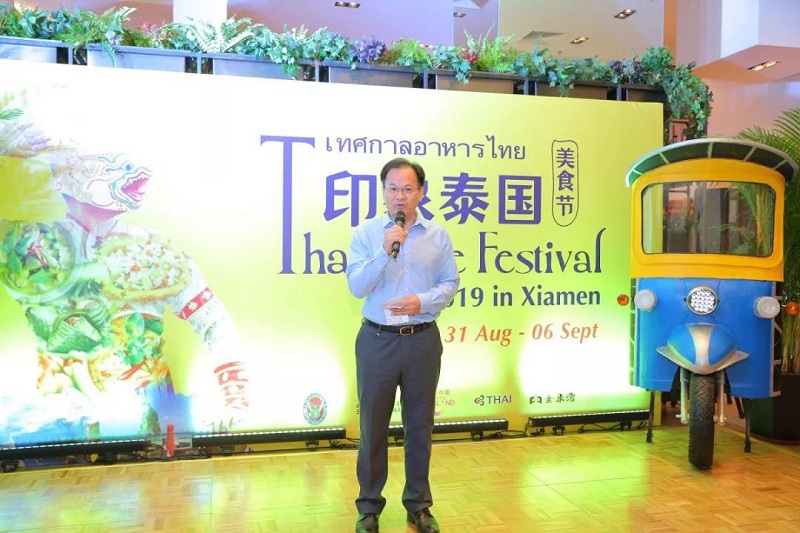 Li Xiaoping, director of Xiamen's Foreign Affairs Office, delivers a speech at the opening ceremony of the Thai Taste Festival on Sept 3. [Photo/fao.xm.gov.cn]

During the festival, visitors were able to taste authentic Thai food cooked by chefs from Thailand as they enjoyed Thai boxing and a variety of other performances.

During his speech at the opening ceremony, Li thanked the Thai consulate general for its contributions to furthering exchange between Thailand and Xiamen in trade, culture, tourism, and education.