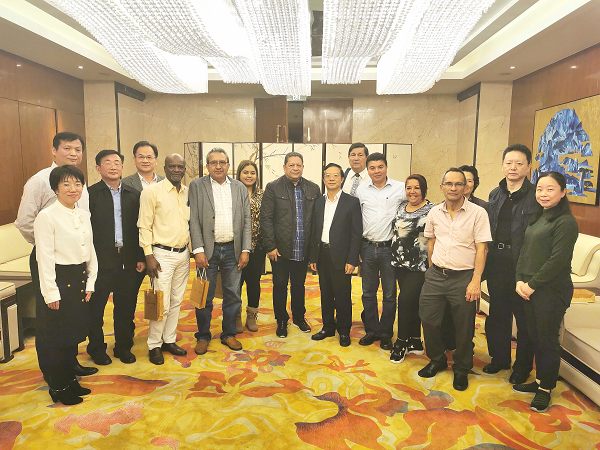 Hector Aleman, secretary of International Relations of the Democratic Revolutionary Party in Panama, led a delegation of senior officials to visit Xiamen, East China's Fujian province from Dec 18 to 19.

Chen said that both Xiamen and Panama are strategically located and have strong potential for cooperation in international shipping logistics and the development of free trade zones.

Aleman echoed Chen's suggestion to deepen cooperation in the two fields. He also said that he would encourage the mayor of Panama City to establish sister-city relations with Xiamen.

During their stay in Xiamen, the delegation visited Longshan Culturally Creative Industry Park and a startup base in Siming district, both of which are exclusively for Taiwan people. They also visited Gulangyu Island, a pedestrian-only island off the coast of Xiamen and a UNESCO World Cultural Heritage site.

The delegation members were impressed by the international development, beautiful scenery, and favorable business environment of the Chinese city.