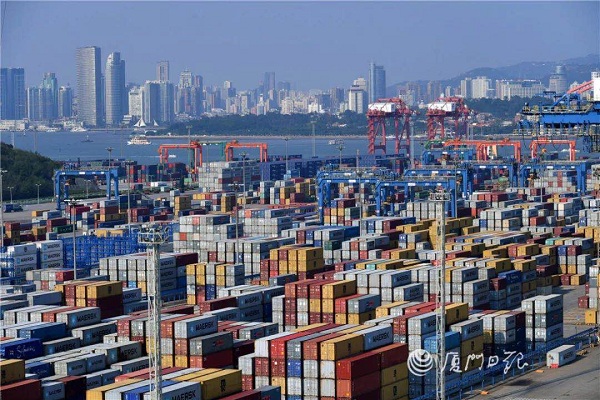 With that figure the city accounted for 42.6 percent of province-wide use of foreign capital, 7.4 percentage points higher than last year.

The city introduced 1,322 foreign-funded companies over the same period, an increase of 8.8 percent year-on-year, and 35.52 billion yuan worth of contractual foreign capital, accounting for 32 percent of the total provincial amount.

The city's exports to countries involved in the Belt and Road Initiative jumped 13.4 percent year-on-year to 103.24 billion yuan, accounting for 32.4 percent of the total export trade in the city.

Taking Xiamen OCS Trading Co Ltd as an example, its independently designed product cocktail dresses have been sold to more than 100 countries and regions with thousands of orders each day and more than 100 million yuan in annual sales.