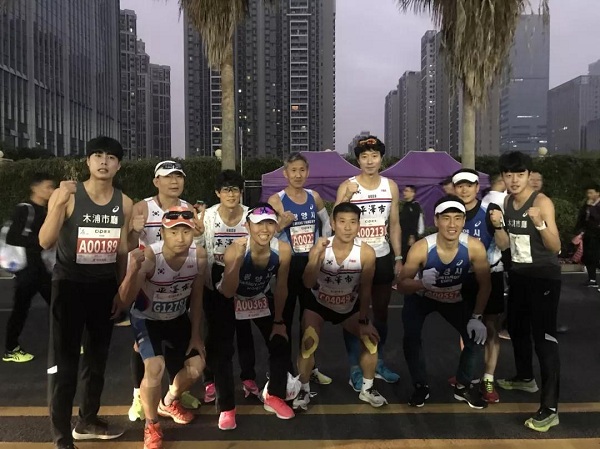 Eleven runners from the sister cities of Xiamen are invited to attend the 2020 C&D Xiamen Marathon, which took place on Jan 5. [Photo/fao.xm.gov.cn]

A total of 11 runners from sister cities of Xiamen, East China's Fujian province, were invited to attend the 2020 C&D Xiamen Marathon by the organizing committee on Jan 5.

The runners came from Mokpo in South Korea, Penang in Malaysia, and Xiamen's friendly-exchange cities – Pyeongtaek and Kwangyang in South Korea.

After the marathon, Qiu Yongcai, deputy director of the Xiamen Friendship Association, met with officials and runners from the participating cities.

Qiu said that the Xiamen Marathon is classified by IAAF as a Gold Label Road Race, and its growing international influence is inseparable from the support of Xiamen's sister and friendly-exchange cities.

Both officials and runners from the friendly cities spoke highly of the Xiamen Marathon.

The head of the Pyeongtaek delegation was impressed by how well-organized the marathon was, saying that he plans to urge relevant departments in Pyeongtaek to learn from Xiamen.

The head of the Mokpo delegation, who has been invited to attend the Xiamen Marathon many times, commended the city's success in promoting international development through international competitions.

The Xiamen Marathon attracted over 35,000 runners from 41 countries and regions this year, with Ethiopian runners sweeping the top spots in both the men's and women's events.