He said he hopes to work with the consulate-general to promote cooperation between Xiamen and Japan in healthcare, culture, tourism, and exchanges between teenagers from the two places.

He also invited Hideki to attend a reception for Japanese-funded companies in Xiamen, which is set to be held in March this year.

Hideki praised Xiamen's achievements over the past few years and thanked the local government for its strong support for local Japanese companies.

He promised to advance cooperation and exchanges with Xiamen in various fields and said he looked forward to visiting the city in March.

The consul general was also invited to attend activities organized by the Japan Chamber of Commerce and Industry in Xiamen. 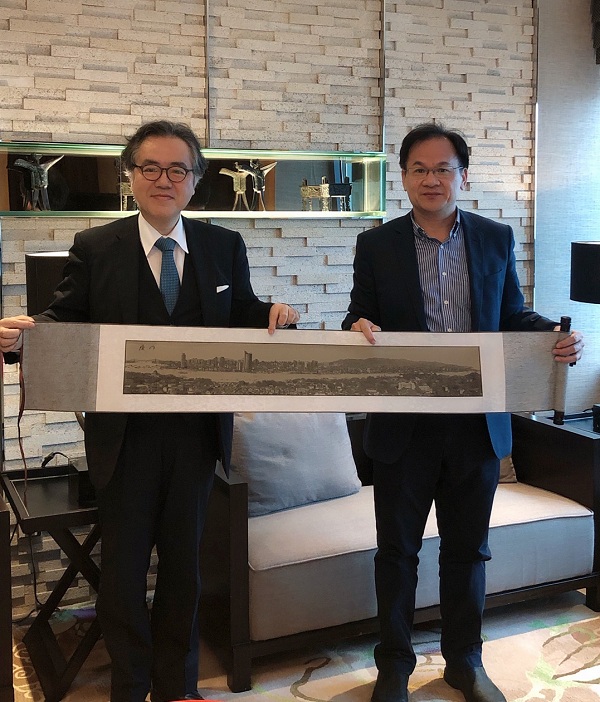 Li Xiaoping (right), director of the Foreign Affairs Office in Xiamen, East China's Fujian province, offers a painting of Xiamen as a gift to Ishizuka Hideki, consul general of Japan in Guangzhou. [Photo/fao.xm.gov.cn]