Memorial Hall for the Start of the Long March in Ninghua 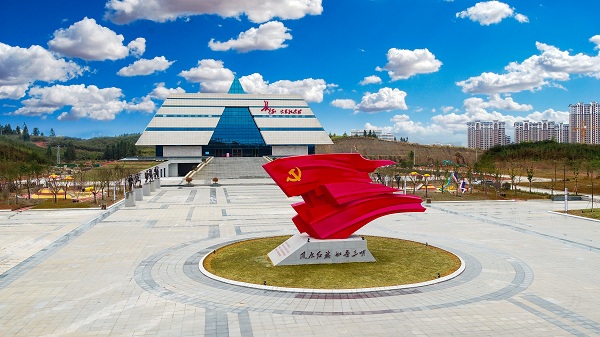 It covers an area of 38,093 square meters, consisting of four floors above ground and one floor underground, and had an investment of 210 million yuan ($32.34 million) to build.

The 6,000-sq m exhibition hall makes it one of the largest venues in Fujian that is themed around the country's revolutionary culture in terms of space and content.

The venue is holding two exhibitions respectively featuring Ninghua as one of the starting points of the Long March, a 6,000-mile journey in which the Central Red Army relocated its revolutionary base from southeastern China to northwestern China and broke away from Kuomintang forces that started in October 1934, as well as a display of bugles, aiming to showcase the important role that the county played in China's revolutionary history.

The former exhibition focuses on Ninghua's significant contribution to China's revolutionary victory. The latter exhibition is currently the only bugle-themed display in China. Starting with a bugle score of the Chinese Workers' and Peasants' Red Army, the exhibition presents the importance of a bugle in the development of the army.