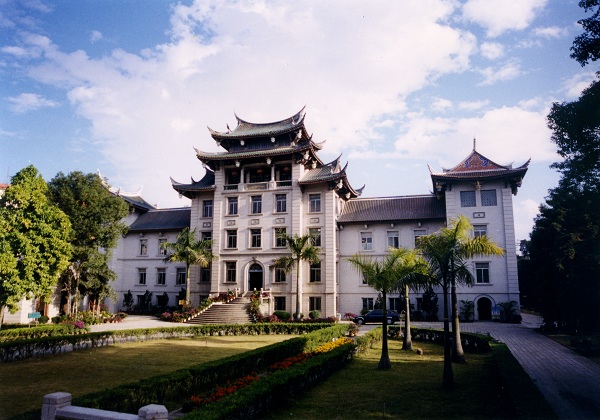 Plans for the Overseas Chinese Museum were initiated in 1956 by famous overseas Chinese businessman and philanthropist Tan Kah Kee, also known as Chen Jiageng, and the museum was opened in 1959. It is the first cultural and exhibition institution in China that is funded by overseas Chinese.

It is not only China's first museum that systematically collects, studies, and displays the history and achievements of overseas Chinese, but is also a comprehensive museum that houses ancient cultural relics and natural specimens.

It is a national-level patriotic and social science education center, a national defense education base of Xiamen, as well as a national center for overseas Chinese international cultural exchange. It was also included in the first list of Xiamen's travel routes of revolutionary culture.

The building features a traditional Chinese palace design, which is decorated with white granite slabs and green glazed tiles. It covers an area of 12,500 square meters.

Three exhibitions respectively featuring overseas Chinese, cultural relics collected by Tan Kah Kee, as well as birds and animal specimens are open to the public free of charge throughout the year.