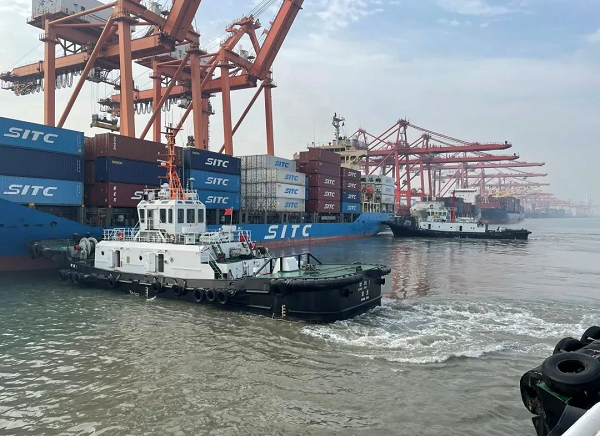 The China-Vietnam route is operated by SITC International Holdings Co and has only three stops in China, with Xiamen being the last one.

According to officials at Xiamen Port, the container vessel stopping in Xiamen on May 1 would deliver electromechanical products, articles for daily use, garments, shoes and hats from the city to Vietnam by May 3.

"Trade partnership between China and Vietnam has become closer since the signing of the Regional Comprehensive Economic Partnership agreement," said a senior executive of the SITC Xiamen branch.

During the holiday, Israel-based ZIM Integrated Shipping also opened a new route linking China and the Philippines, with Xiamen being the last stop in the route in China. It will take only four days for clients in Manila to receive the cargo from the city.

An increasing number of transnational shipping companies have been planning new routes in Xiamen since the beginning of this year because of the city's advantageous location and advanced business environment, said Li Nan, deputy general manager of Silk Road Maritime, China's first international comprehensive logistics service platform catered to the Belt and Road initiative.

Statistics show that from January to April 15, 622 trips were made along Xiamen Port's 55 routes named after the Silk Road Maritime, leading to a throughput of 693,700 twenty-foot equivalent units, a year-on-year increase of 21.4 percent, higher than the growth rate of ordinary routes.