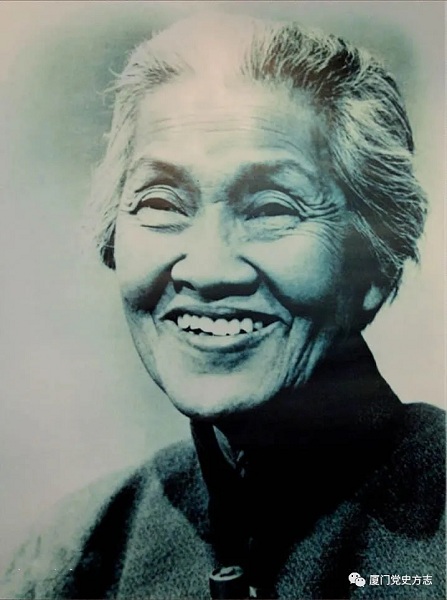 Yuyuan Garden, which covers an area of 5,700 square meters, was built by the Xiamen Municipal People's Government in May 1984 to commemorate Lin Qiaozhi (1901-1983), China's top obstetrician and gynecologist.

Lin was born on Dec 23, 1901 on Gulangyu Island in Xiamen, East China's Fujian province. She was one of the founders of modern Chinese gynecology, the first Chinese director of the gynecological department of Peking Union Medical College Hospital, as well as the first female academician of the Chinese Academy of Sciences.

Though she was single throughout her life, she delivered more than 50,000 babies, including Yuan Longping, a leading agricultural scientist known as "the father of hybrid rice" in China. She was thus hailed the "guardian angel of mothers and babies". The Chinese word "Yu" in the garden's name, which refers to the bearing and raising of children, was chosen to pay tribute to Lin's contributions.

The garden has a white marble sculpture of Lin and a 140-square-meter exhibition hall standing on the opposite side. The hall displays Lin's life stories and some of the articles she used. Located in the garden are also two hoop pines planted by Deng Yingchao, a leading female revolutionary and the wife of former Premier Zhou Enlai, in memory of Lin's pure and noble merits.