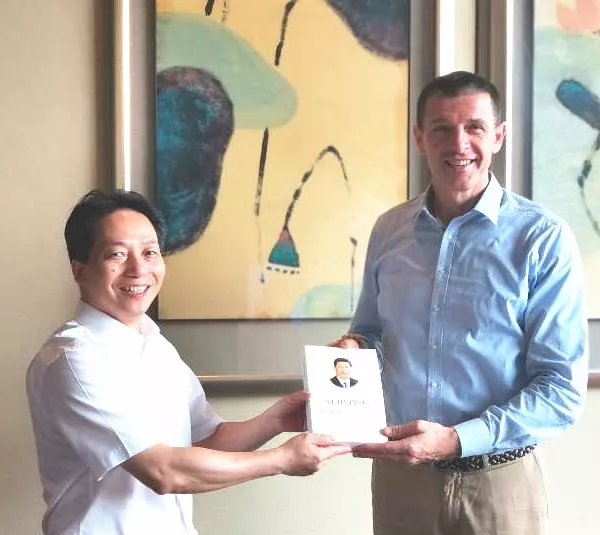 Lin Jian (L), vice-mayor of Xiamen, presents a book as a gift to Szilard Bolla, consul general of Hungary in Shanghai, on Aug 4. [Photo/WeChat account: XIAMENFAO]

According to Bolla, his country will take part in both online and offline activities of the 2020 China International Fair for Investment and Trade, which is scheduled to take place from Sept 8 to 11 in Xiamen. A national exhibition hall will be set up to promote Hungary's national image, tourism attractions, and investment environment.

The consul general also invited Xiamen tourism agencies and associations to conduct field research on Hungary's tourism market and to promote itself on a live streaming platform in 11 countries in Central and Eastern Europe.

The two sides also agreed to take full advantage of Xiamen's status as a land and maritime hub of the Silk Road to promote China-Europe railway services and encourage airports in Xiamen and Budapest to establish partnerships and launch direct flights between the two cities.