The Greek city of Marathon established a sister-city relationship with Xiamen in East China's Fujian province on January 2, 2009. 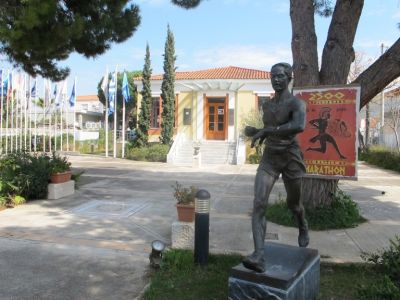 The ancient town of Marathon is located in the southeast of the country, 30 kilometers from Athens. The word "Marathon" refers to fennel in Ancient Greek since the town was particularly abundant with the plants at the time.

The marathon race, now a key discipline in any athletics championship, has its origins in the city. The race was inspired by the tale of Philippides, who was said to have run from the plain of Marathon to Athens in 490 BC to convey the news that the Athenians had defeated the Persians at the Battle of Marathon. Exhausted after the long run for 42 kilometers and 195 meters, he died immediately after delivering his victorious message.

The new municipality of Marathon was founded in 2011. It is comprised of its former city and three other cities of NEA MAKRI, GRAMMATIKO and VARNAVAS. The new city has a total population of over 50,000.