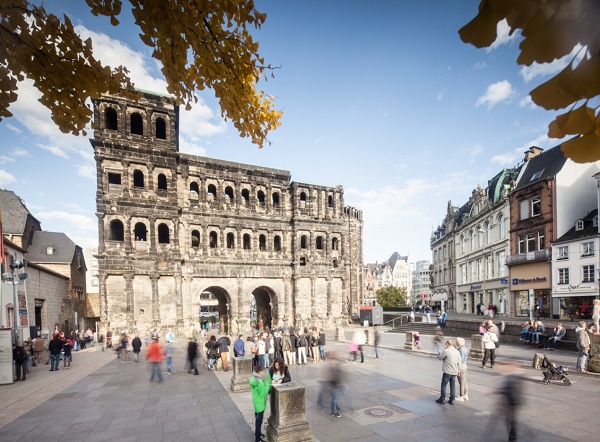 Trier can claim many accolades, including Germany's oldest city, ancient urban center, tourist magnet, the only Roman imperial residence north of the Alps and the city of birth of Karl Marx. Seven Roman UNESCO World Heritage sites in the city center still bear witness to these titles; as the eighth, the Church of Our Lady displays the splendor of later centuries.

Along with many cultural events and a fascinating museum landscape, you can also experience here the flair of an ever young center for enjoyment. With more than 100,000 habitants, Trier is the biggest city in the west Rhineland-Palatinate. Furthermore, the city is adjacent to Belgium, Luxembourg and France.

People from all over the world populate the picturesque pedestrian zone with its numerous small shops and historical facades. You can stroll down to the Moselle where a romantic boat excursion on the river or a delicious glass of Moselle wine in the quaint fishing village of Zurlauben will make your visit absolutely perfect. Because Trier is above all: a truly feel-good place. And that is perhaps the highest accolade of all.