Jan Laegaard Broni: Xiamen one of the best places to live in China 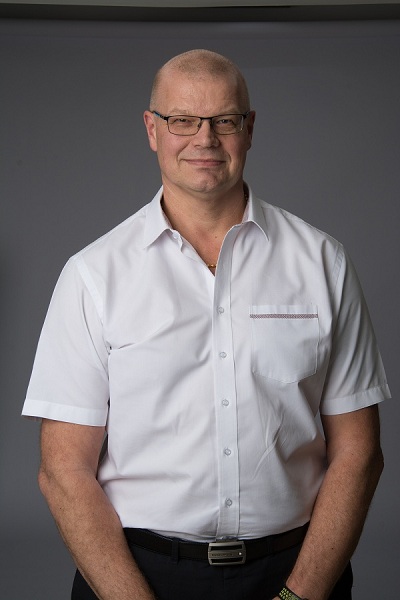 I came to Xiamen, a coastal city in East China's Fujian province, for the first time in 2003. At that time I was working for a Danish company, MBL which had set up their factory on Xiamen Island in 1999 to produce parts for the rehabilitation industry.

I moved permanently to the city in 2007 to work for a Norwegian company, Alu Rehab, that was and still is a large customer of the Danish company I had worked for four years earlier.

Both companies set up their initial operations in the Mingfa area on Xiamen Island and were neighbors at that time.

In this period, there were very few cars in Xiamen and the easiest means of transportation was the many taxis (VolksWagen Jetta), and many of those had been running close to 1 million kilometers and are still running.

Shopping for foreigners was very limited and the only fast food available was KFC. However, the many small local restaurants and mobile vendors on the beach were the soul of Xiamen and emphasized the calmness and beauty that the city stands for.

Even at that time, Xiamen had a park management that effectively kept everything clean, green, and nice all over the city, and it has been one of the reasons I really love Xiamen.

In 2006, both MBL and Alu Rehab became "victims" of the rapid development of the real estate industry in Xiamen, as the area we had the factories in was planned to become residential areas and we had to find new locations. Alu Rehab received kind assistance to find possible new locations and we chose the location in Haicang district where we are at now.

MBL tried a few other options first, but ended up being our neighbors again in 2007 and both companies are still there today.

At that time, setting up factories in Xiamen was an approach to meet the demands for products at lower cost. But over the years, both companies have also developed sales domestically and are now here to stay for the Chinese market, while doing exports at the same time.

We have greatly increased our equity and invested in people and equipment that allow us to have a good footprint here and be ready for the future.

The support and initiatives from the Xiamen government is amazing. We have been treated extremely well and have received guidance and funding that make us better and more competitive. During the COVID-19 pandemic, we have received help, guidance, support, and a lot of information that has allowed us to continue our business and support many disabled and elderly people that are desperately in need of what we are doing.

From a personal point of view, I find Xiamen one of the best (if not the best) place to live in China. It is a pearl that has a lot of Chinese culture and still managed to forge an international image without compromising the important Chinese culture. The atmosphere in Xiamen is busy, but in a relaxed way. The environment is amazing, being clean, green, and full of convenient transportation with dedicated bus lanes, metro systems, dedicated bicycle lanes, and a dedicate walking path that goes all the way across the island and is an amazing way to get away without having to travel. This walking pathway also has a Danish designer involved, which also makes me proud.

All of these things were not here when I was first in Xiamen, so the development has been really fast. It requires amazing skills to be able to do city planning on this level and pace, so a huge kudos to the people behind this.

The exhibition center is attracting a lot of potential investors and companies that are looking into setting up their business here, and the city's foreign affairs office and the government are really supportive in this process. At the same time, the regulations for registering a company have been made so much easier now and it really encourages people and new companies to come here.

The interest and sincere support on all levels from top government officials through XMFAO and down to local community services is really good and makes it enjoyable to stay and live in Xiamen.

Every time I have the opportunity to speak about Xiamen to other businesses and private entrepreneurs that have an interest in setting up companies or settling down in China, I talk about Xiamen warmly and recommend it as it feels like home.

Jan Laegaard Broni is president of Meyra Netti Group and chairman of the Danish Chamber of Commerce South China (DCC-SC).