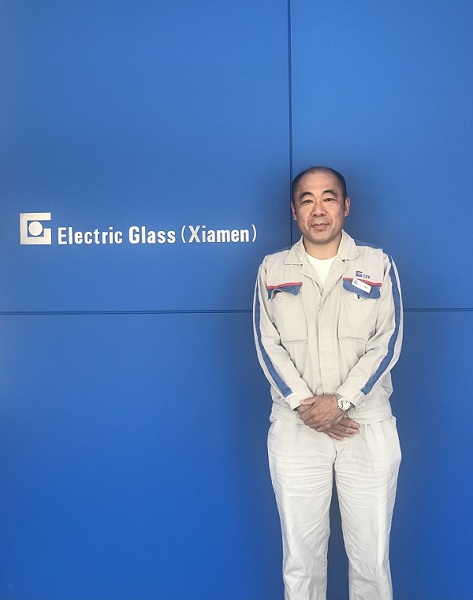 Ohashi Nobuo visited Xiamen in East China's Fujian province for the first time in 2001 and has been living in the coastal city since 2019. For him, Xiamen is a city with warm weather year-round and has made a leap forward in economic development over the years.

This year marks the 40th anniversary of the construction of the Xiamen Special Economic Zone, and Ohashi has shared his views on the city. Let's have a look!

Q: How did you first come in contact with Xiamen?

A: My first time to Xiamen was in 2001 when I transferred there on my way to Fuzhou, where my company had decided to build a new plant. I was in charge of the project. The second time was on a tour with my family in 2005 when I was working in Fuzhou.

In 2014, my company established a subsidiary in Xiamen due to the rapid development of computer screens in China. We had considered many other Chinese cities, but Xiamen was the best choice for us due to its favorable business environment and advanced infrastructure.

Q: What about Xiamen impressed you the most during your first visit?

A: It was a lovely day when I arrived in Xiamen for the first time. Before the plane landed, I saw an island surrounded by shimmering waves. The city's scenery was enchanting, with a pleasant climate and healthy environment. It's warm year-round.

I enjoy the lifestyle and food in Xiamen, because it's similar to Japan. Japanese people love seafood, hotpot and soup. So do people in Xiamen. The city's seafood is very fresh.

Q: What's the most significant change that has taken place in Xiamen in your opinion?

A: Xiamen has made strong progress in urban development, with skyscrapers rising and a number of parks being built. The launch of metro lines has made transportation more convenient.

In some areas, Xiamen's development has surpassed Japan. For example, I didn't know a mobile phone could be used for everything until I came to China, and things not available at brick-and-mortar stores can be easily found online.

A: Foreign investors attach great importance to a city's infrastructure and basic social services, such as transportation, hospitals, schools, and power. A balanced distribution of these resources will have a positive effect on companies' development.

Over the past four decades, the Xiamen Special Economic Zone has built an advanced infrastructure system and achieved balanced and stable social development, which is very important to us.

Q: Do you have any advice for Xiamen's development?

A: From a personal point of view, Xiamen is a welcoming city for foreigners. I hope that the city will further pursue internationalization to attract more foreign investment and entrepreneurship to the city. I also see a bright future for our company in Xiamen, which I hope will contribute to the city's economic and social development.