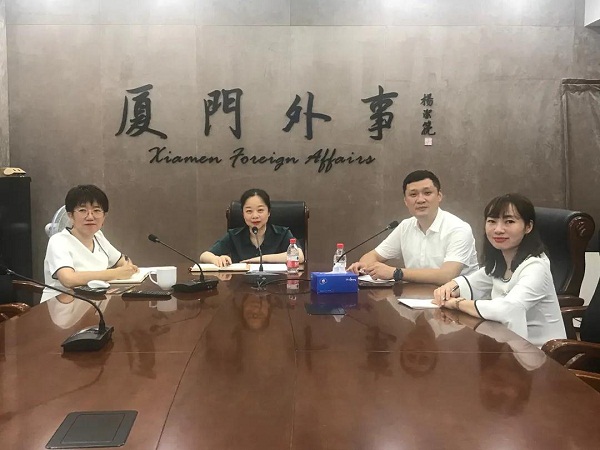 The Foreign Affairs Office of Xiamen, East China's Fujian province, held its first video conference on July 6 with the municipal government of Fortaleza city, capital of the state of Ceara in Brazil.

Lin Na, executive vice-president of the Xiamen Municipal People's Association for Friendship with Foreign Countries, held talks with Joana Nogueira, director of the Fortaleza foreign affairs office, among other people.

The Fortaleza representatives spoke highly of Xiamen's qualities of being innovative, artistic, open and determined. They said that the two cities had many similarities and there was broad potential for cooperation in the future.

Fortaleza is looking forward to joining hands with Xiamen, to deepen exchanges in innovation and entrepreneurship, high technologies, infrastructure, urban planning and in various other areas.

Lin said both sides could make full use of the opportunities brought about by the construction of the BRICS Partnership on New Industrial Revolution innovation center in Xiamen. She added that they could undertake regular exchanges in the areas of environmental protection, training and public services. 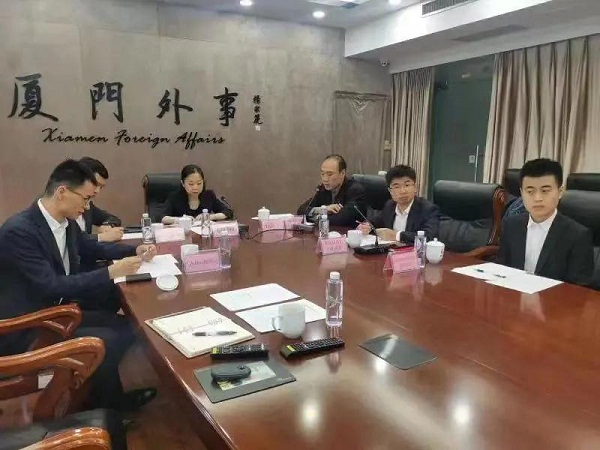 An online meeting designed to expand China-Mexico local government economic and trade cooperation – co-hosted by the Chinese People's Association for Friendship with Foreign Countries and the Mexican Association of Economic Development Secretaries – took place on July 8.

Mexican Ambassador to China Jose Luis Bernal and other Mexican participants extended their warm congratulations on the 100th anniversary of the founding of the Communist Party of China.

They stressed that developing relations with China was a priority for Mexico and expressed their willingness to tap the potential for bilateral cooperation in trade, investment, tourism, education, science and technology, culture and in other fields.

The Chinese side gave a briefing on their experience and practices in terms of artificial intelligence serving industrial manufacturing and urban management, among other things.

At the invitation of the organizers, Lin Na, executive vice-president of the Xiamen Municipal People's Association for Friendship with Foreign Countries – and other representatives from Xiamen city in East China's Fujian province – participated in the meeting via video link. 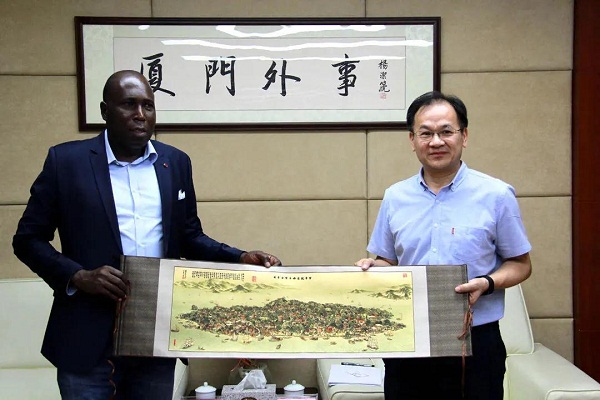 Li Xiaoping, director of the Foreign Affairs Office of Xiamen, met with the delegation and provided it with information on the construction and development of the Xiamen Special Economic Zone, as well as achievements Xiamen has made in its economy, culture, civic governance and rural construction.

Li said that Cote d'Ivoire was an important country in West Africa with developed agriculture and rich natural resources. He called for stronger contacts with that country's embassy in China and for deeper and more solid cooperation between Xiamen and Cote d'Ivoire.

Both sides exchanged views on topics of common concern and reached consensus on expanding cooperation between the ports of Xiamen and Abidjan.

The Cote d'Ivoire's Investment Promotion Seminar was held in Xiamen on July 8. Ambassador Dosso talked about development opportunities in his country at the seminar.