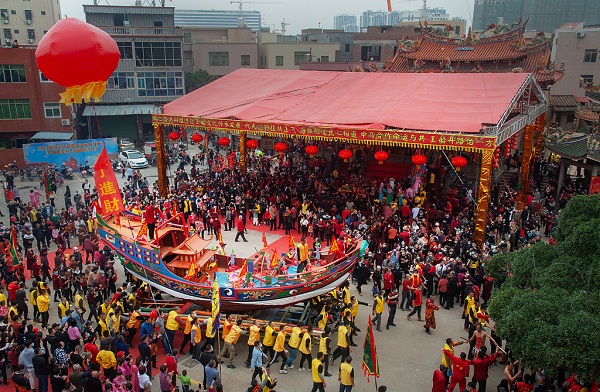 There is no doubt that becoming a world heritage site can enhance a region's reputation and boost the local tourism industry. But for the readily notable Gulangyu, better protection and sustainable development are the primary goals.

In 2013, the Xiamen authority launched a comprehensive restoration of Gulangyu Island, including limiting the number of tourists, promoting garbage sorting, restoring buildings, and standardizing business operations.

In 2014, an island-wide museum plan was launched, with a number of dilapidated houses, hospitals, private houses, and other historical sites being restored and fully used to demonstrate the island's stories.

At the same time, a healthy mechanism for heritage protection and management was established and a series of protection measures were introduced to ensure the sustainable development of the island.

Xiamen was recognized as a provincial-level historically and culturally eminent city in November 2020.

When preparing for the application, the local government was still working to further improve their cultural and natural heritage protection techniques, said Ke Yuzong, director of the city's bureau of natural resources and planning.

The city also played an active role in obtaining UNESCO intangible cultural heritage status for the Wangchuan ceremony, which is the first item to be jointly applied by China and a country (Malaysia) along the Maritime Silk Road.

In June 2020, Xiamen carried out a measure on the protection and development of Minnan culture, which is the first regulation directed at local cultural protection in China.

Ke stressed that Xiamen will continue optimizing its efforts to protect its historical and cultural heritage and seeking tailored solutions to better use these resources.