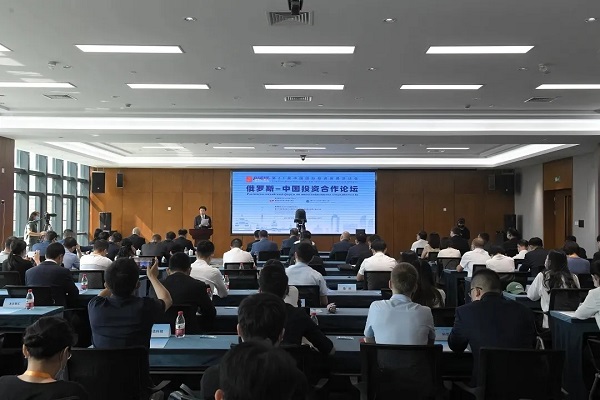 A Russia-China investment and cooperation forum, a parallel event of the 21st China International Fair for Investment and Trade, was held in Xiamen, East China's Fujian province on Sept 8.

The forum was hosted by the Foreign Affairs Office of Xiamen (XMFAO) and Russia's trade representative office in China, with more than 80 business representatives taking part on site and over 140,000 participants attending online.

Alexey Dakhnovskiy, trade representative of the Russian Federation in China, praised XMFAO's considerate organization of the forum and expressed hopes to deepen cooperation with Xiamen. 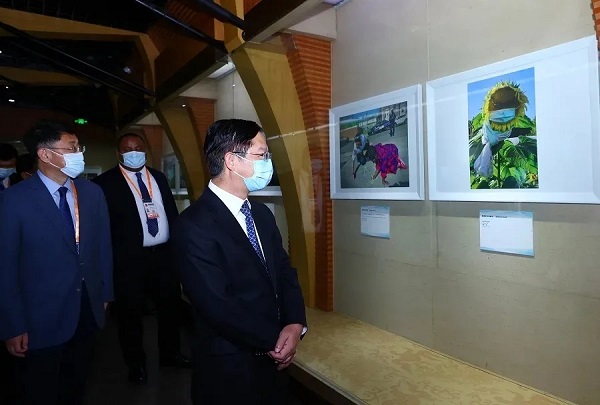 The 2021 "Travel·Photography" Xiamen Friendship City Photo Exhibition and the Photo Exhibition on Friendly Exchanges with BRICS Cities opened on Sept 8 at Xiamen Museum in the Fujian province's port city.

With a theme of "Unite against COVID-19 and build a better future", the exhibition was held in both offline and online venues, with the "cloud exhibition" available at the official websites of the Foreign Affairs Office of Xiamen and the 21st China International Fair for Investment and Trade, which took place in the city from Sept 8 to 11.

Nearly 200 photos were on display, including those from 25 foreign cities. Among them were works by professional photographers, as well as snapshots by ordinary people, recording people helping each other and living with an optimistic attitude during the COVID-19 pandemic.

The offline exhibition took place at Xiamen Museum from Sept 8 to 14. It will be held at Xiamen Library from Sept 15 to 30, as well as the Xiamen Youth and Children's Palace from Oct 16 to 30.

The Foreign Affairs Office of Xiamen hosted a meeting on Sept 8 in the Fujian province's port city to facilitate communication between Chinese, Japanese, and South Korean businesses.

The event had more than 40 attendees, including local government officials and business leaders, as well as representatives from Japanese and South Korean companies and institutions in China.

During the event, representatives from the three countries played their promotional videos and delivered pamphlets to showcase the economic development and culture of their countries.

An exhibition was also held for Japanese and South Korean institutions to showcase their distinctive products and culture.

Representatives from the three sides held productive discussions on project cooperation and investment promotion. They also expressed their gratitude to the XMFAO for establishing such a great platform for them to strengthen ties and deepen cooperation. 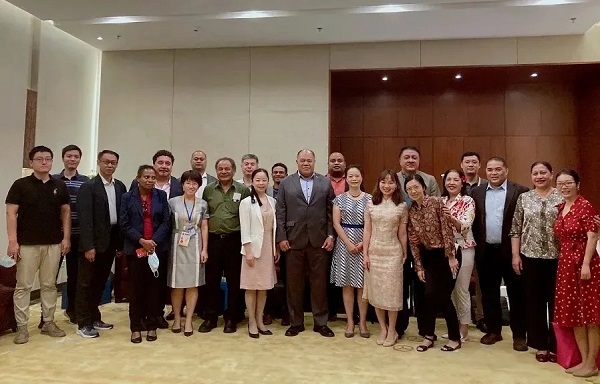 A group of 13 diplomats from the Pacific island nations of Samoa, Tonga, the Federated States of Micronesia, the Solomon Islands, and Papua New Guinea visited Xiamen, Fujian province from Sept 7 to 9 to attend the 21st China International Fair for Investment and Trade, which took place in the city from Sept 8 to 11.

The group took part in the opening ceremony of the 21st CIFIT and the 2021 International Investment Forum, as well as a series of parallel events.

H.E Tapusalaia Terry Toomata, Samoan Ambassador to China and head of the Pacific Island group, said that CIFIT allowed the diplomats to learn about new opportunities for international investment under new development patterns, as well as promote the rich tourism and fish resources in their countries to Chinese people.